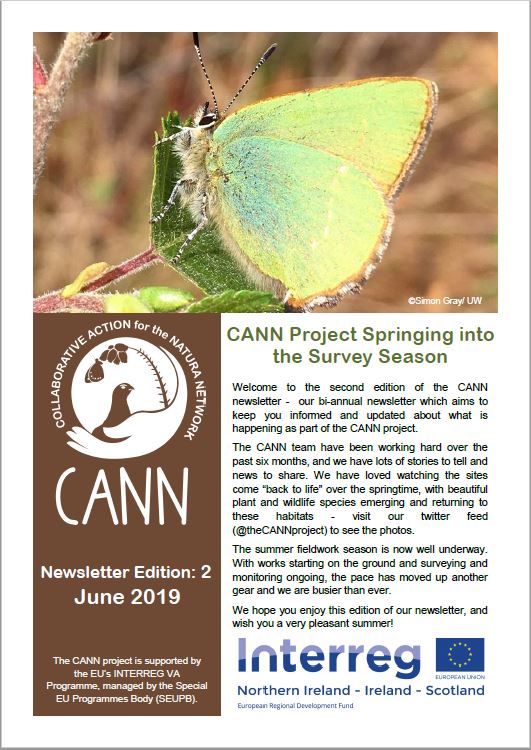 The Special EU Programmes Body has announced that the CANN project is to receive an additional €1.1 million to carry out important conservation work at Cuilcagh Mountain and Cuilcagh-Anierin Uplands Special Areas of Conservation in counties Fermanagh, Leitrim and Cavan, which are recognised for their environmental significance both nationally and internationally.

The CANN project, whose funding value is now €9.4 million, hopes to use these additional monies to preserve priority species and restore natural habitats found at these iconic sites. The project team hopes that by working alongside local communities that the overall aim of improving the conservation status of the Cuilcagh Mountain and Cuilcagh-Anierin Uplands can be realised, and that the sustainability of these iconic landscapes, habitats and species can be guaranteed for future generations.

Congratulating the project Gina McIntyre, CEO of the SEUPB said: “The INTERREG funding awarded to this project CANN, reflects the EU’s commitment to supporting much-needed cross-border environmental protection work that will safeguard our shared natural environment today and in the future.”

“This new site will prove a welcome addition to the essential conservation activity that will be undertaken throughout the lifetime of the project.  This additional funding is a testament to the excellent work undertaken to date by CANN, and reflects the faith we have in the importance of this work,” she continued.

The CANN project is funded by the EU’s INTERREG VA Programme, managed by the Special EU Programmes Body.  Match-funding for the project has been provided by the Department of Agriculture, Environment and Rural Affairs in Northern Ireland and the Department of Housing, Planning and Local Government in Ireland. 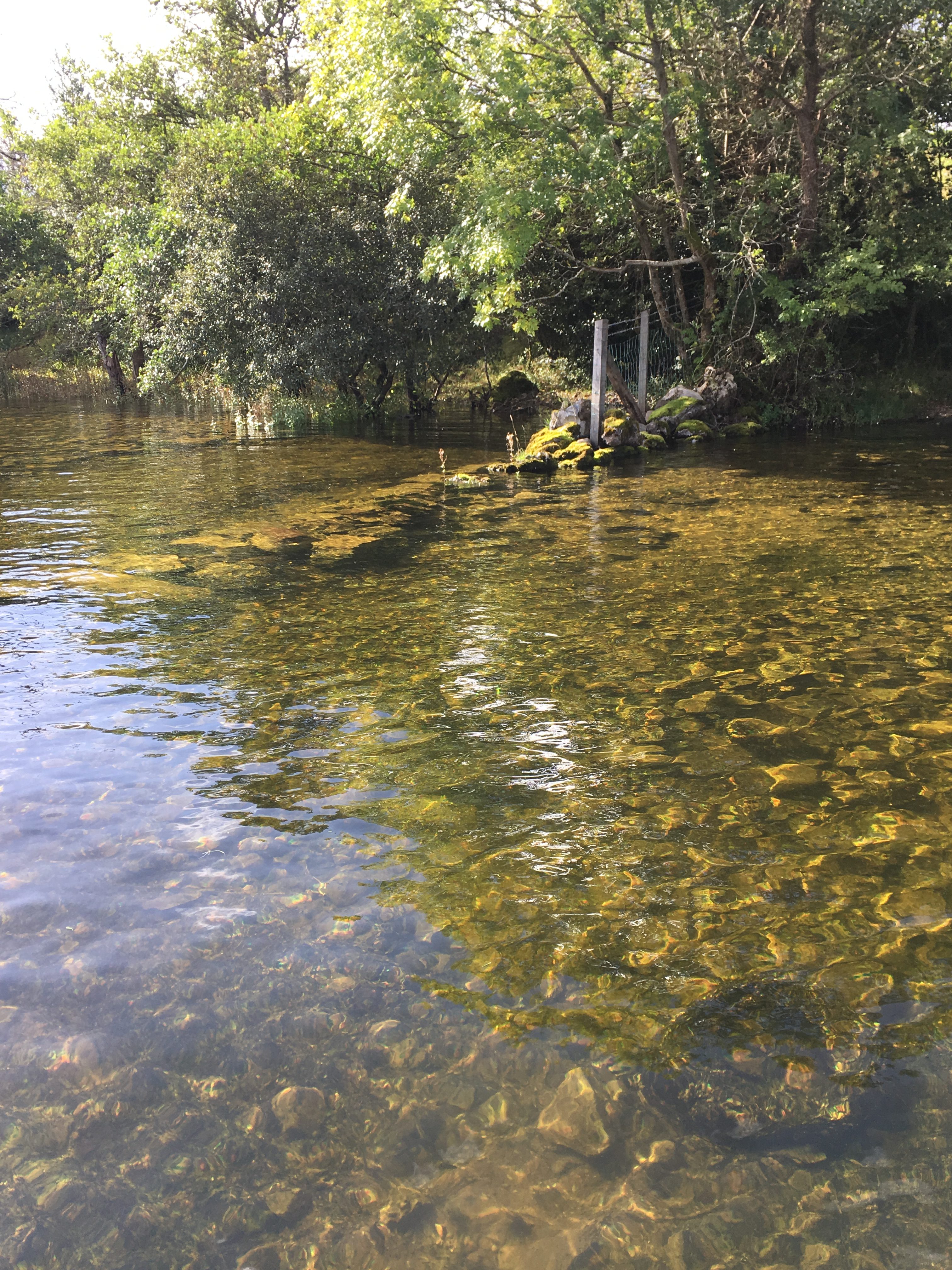 Participants had the opportunity to learn about invasive species, the impacts they can have, and how to stop them spreading, as well as taking part in practical, hands-on invasive species identification training.

The CANN project team hope to follow up on the training by installing biosecurity boxes around Lough Arrow in the near future to be used by local stakeholders in safeguarding the biodiversity of the lake.

The CANN project is supported by the INTERREG VA programme, managed by the Special EU Programmes Body (SEUPB). 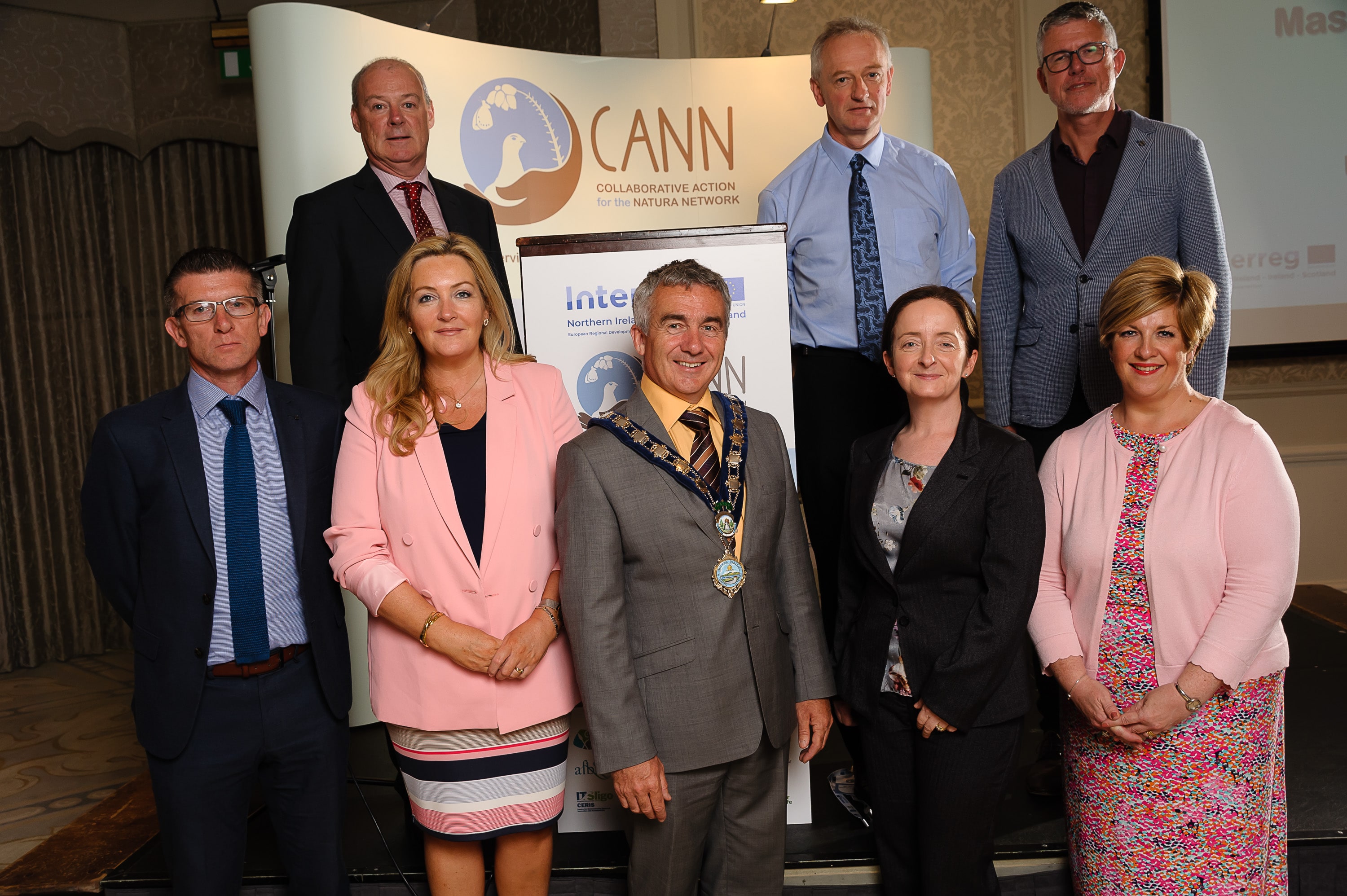 The CANN project was officially launched at a conference held on Tuesday 12th June 2018, in the Nuremore Hotel in Carrickmacross, Co. Monaghan. The event was attended by representatives from the project’s major funding bodies and partners, and the keynote speaker at the event was Ella McSweeney, an independent journalist and presenter who has previously worked for the Guardian, BBC and RTÉ.

The CANN project team showcased how they will carry out actions to help improve the condition of protected habitats, to help preserve vital species, and to work with local people and communities to manage the unique landscapes and iconic species found across the CANN project sites.  Overall, the project will focus on seven protected habitats, as well as seven priority species including birds such as the hen harrier, golden plover and red grouse, insects such as the marsh fritillary butterfly, and freshwater species such as white-clawed crayfish.

Welcoming the funding, Gina McIntyre, CEO of the Special EU Programmes Body, which manages the INTERREG VA Programme said: “The EU is committed to the protection of our shared natural environment across Europe as demonstrated through its Birds and Habitats Directives. Under the current INTERREG VA Programme approximately €84 million has been allocated to support a wide-range of cross-border environmental protection projects. This project, CANN will serve to further this European environmental policy by improving the conservation status of 3,150 hectares of natural habitats found across Northern Ireland, the Border Region of Ireland and Western Scotland.”

Welcoming the project Councillor Mark Murnin, Chairperson of Newry, Mourne & Down District Council, said, “Newry, Mourne & Down District Council are proud to lead this important new project which will help raise awareness among cross-border communities about the potential threats to the natural habitats and endangered species in their area. It is through effective cross-border collaboration that we can best protect, improve, restore and sustain the threatened habitats and species in our shared regions.”

The CANN project is supported by the EU’s INTERREG VA Programme, managed by the Special EU Programmes Body (SEUPB). Match-funding for the project has been provided by the Department of Agriculture, Environment and Rural Affairs in Northern Ireland, the Department of Housing, Planning and Local Government in Ireland and Scottish Natural Heritage. 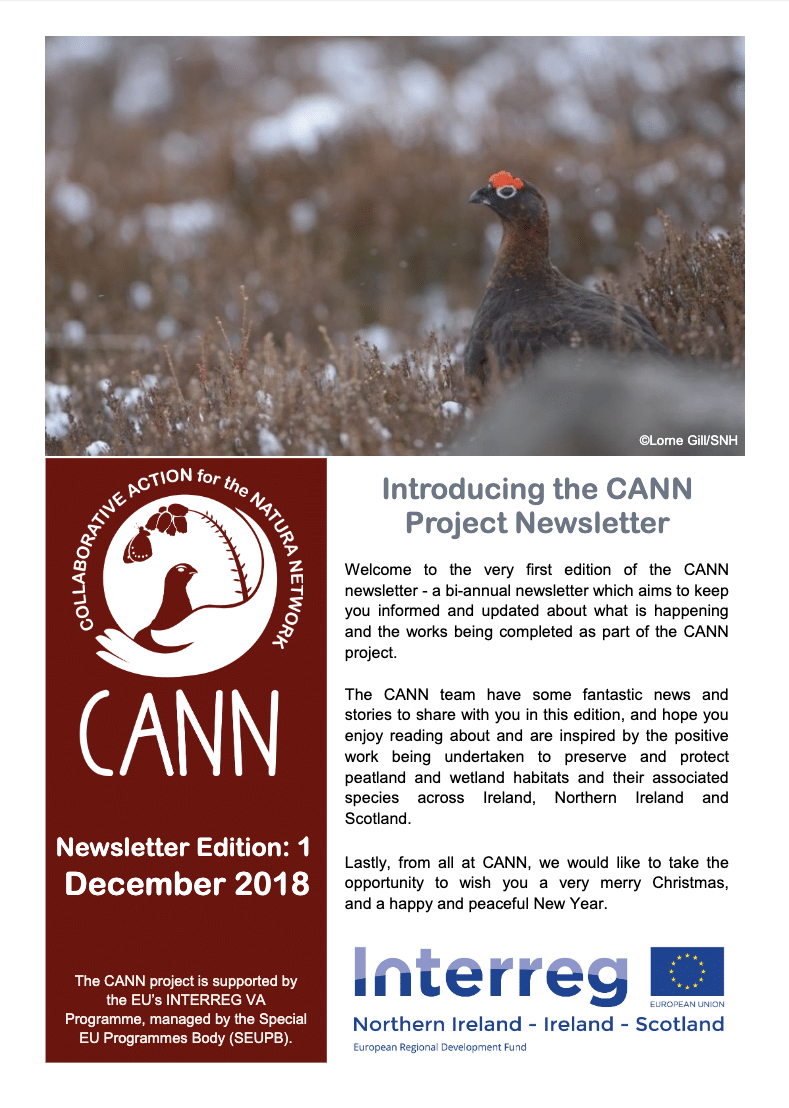