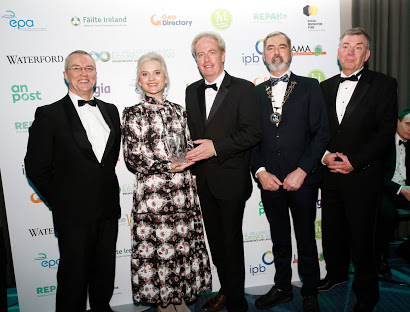 The CANN project is pleased to announce that it has received the award for the Best Environmental/Ecological Project at the All Ireland Community and Council Awards 2020. Against stiff competition from several excellent projects, the specially selected panel of judges decided that Collaborative Action for the Natura Network would receive the Gold medal for the category which is sponsored by the EPA. 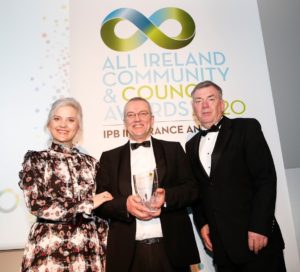 The project was nominated by one of our partners Monaghan County Council and Shirley Clerkin, Monaghan County Heritage Officer, who is a member of our steering group received the beautiful crystal goblet on the project’s behalf at a gala awards ceremony at Croke Park Stadium. The winners were announced at the ceremony by RTE’s Marty Morrissey, the awards are organised by the Local Authorities Members Association and the IPB insurance company. 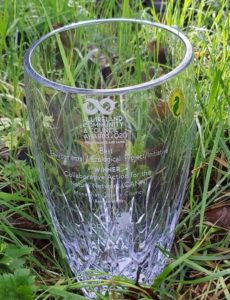 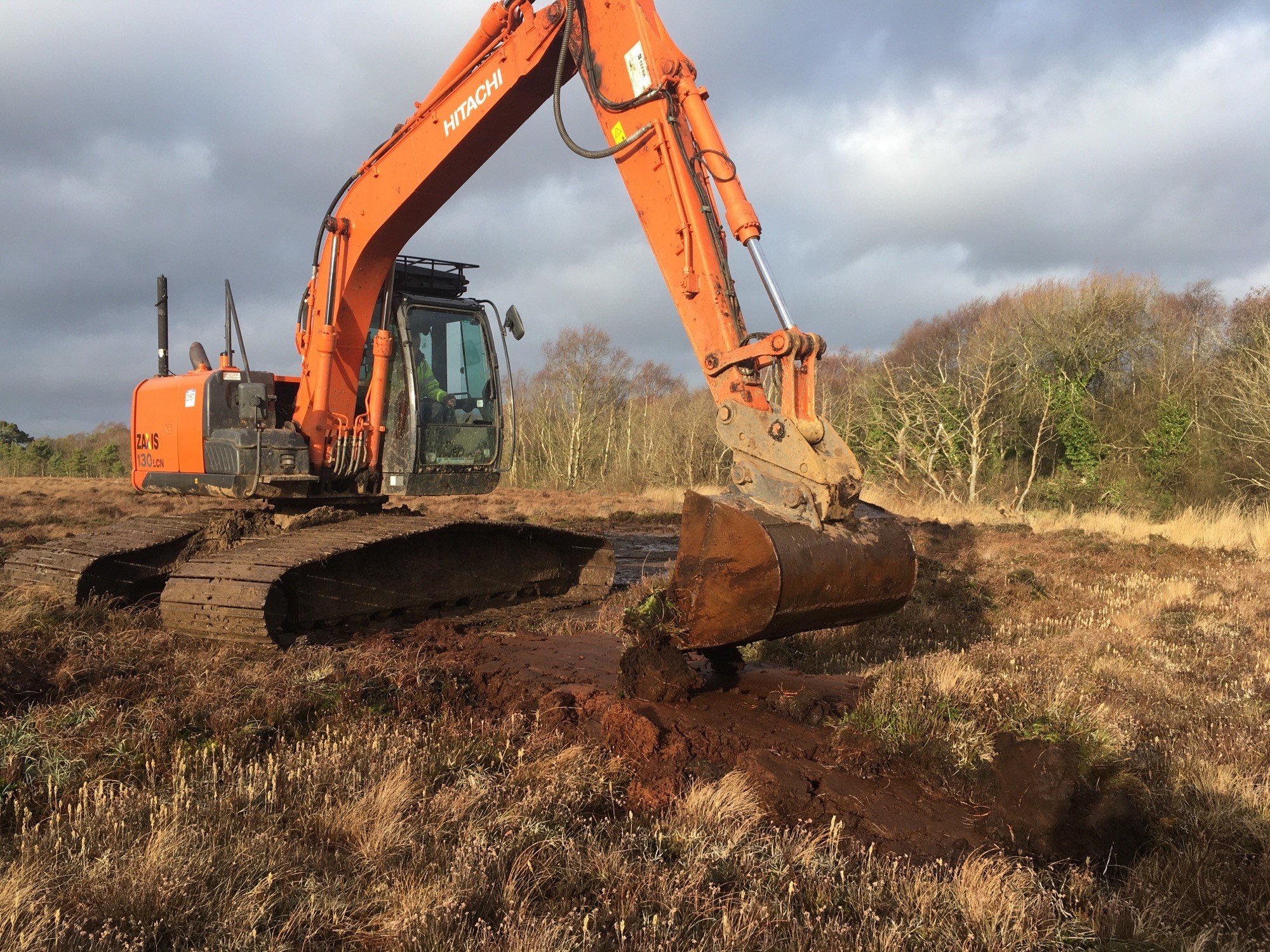 A challenging start was made to rewetting Cranny Bogs last week (27th January), as heavy machinery moved in to begin the process of installing hundreds of dams across the site to block the flow of water out of the Special Area of Conservation (SAC). The site covers 78ha on three bogs, Killymoonan, Fallaghearn and Cavan and is located just outside Fintona in County Tyrone.

The original plan was for the digger to start work on one of the drier areas of the bog. However, the recent snowmelt meant that the ground was too wet. This meant that there was a real danger of damaging the site or even losing the digger into the bog! The solution was a suite of bog mats which the digger driver used as a pathway, inching his way across the site, moving the mats from behind the digger, swinging them around and laying them in front as he travelled.

Simon Gray,  a technical officer with Ulster Wildlife, one of the partners in the CANN project, said:

“the ground was rippling up and down like jelly every time the digger moved.”

He then explained the skilled job of creating the dams: 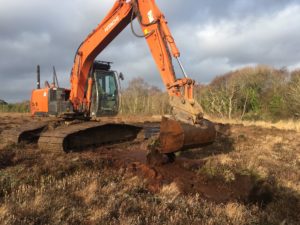 “The contractor digs an anchor point or key out of the drain into the peat, then digs a borrow pit out of denser peat, using this stronger material to pile up a dam in the ditch, placing a layer of vegetation or “scraw” on top.”

“Although the dam sits proud of the site initially this will soon settle,” he continued.

Ulster Wildlife is aiming to install hundreds of dams across all the CANN raised bogs, over 300 at Cranny alone. This will ultimately have a substantial positive impact on the site, raising the water table which will allow sphagnum and other bog flora to survive during the summer and ultimately to begin actively forming peat again. The open water will also provide space for invertebrates such as dragonflies and damselflies, adding colour and life to the bog and supporting the whole food chain.

After only one week, the impact on the site could already be seen. The first dams built had half a meter of 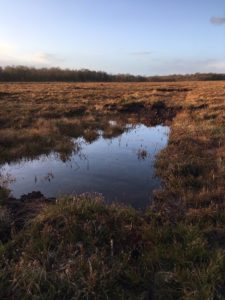 water built up behind them, and some had begun to spill over the surrounding area. Just what the project wanted to see. This is the start of a long process, but the impacts will be massive and long-lasting with Cranny Bogs playing an active role in locking carbon away and providing a valuable habitat for our biodiversity

see the work in action on our Youtube channel https://www.youtube.com/watch?v=39_LV1B05q8