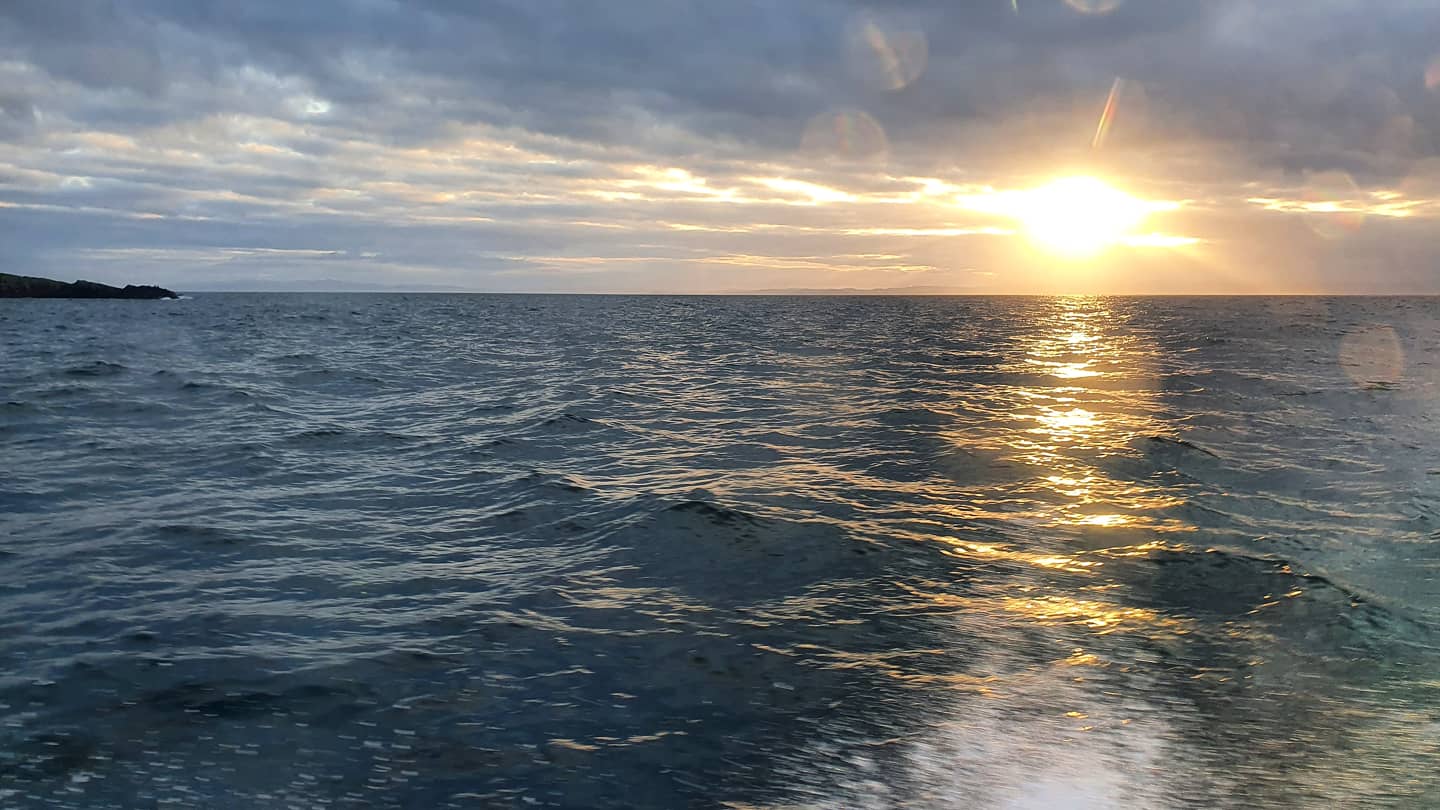 We welcome our new Conservation officer working with ACT in Argyll, Angharad Ward. Angharad started off her new post with a visit to Colonsay to check out how the rhododendron removal is going there. 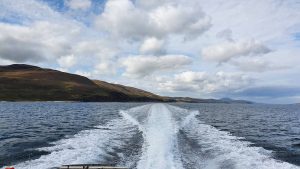 An early morning start with the sunrise to make the most of the daylight saw Deb Baker and Angharad aboard a private RIB from Islay sea adventures. The journey itself was a beautiful introduction to the wildlife of the area with views of a white-tailed sea- eagle fishing in the Sound.

Once on the island, the pair found that the contractors ICD Tree Services have made a great start despite the steep inclines and rough terrain and many mature rhododendrons have already been removed on the south section of the site. 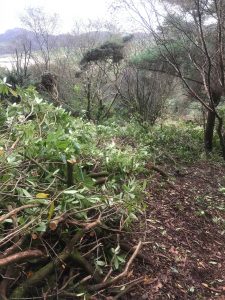 This has really opened up the area and the cut vegetation will be left to rot and the stumps sprayed to discourage regrowth. It is essential this treatment is done in the first minutes after felling so that the plant absorbs the herbicide. A second section of the site has been sprayed directly and some of the stands are already starting to lose their leaves. Works will continue this week to cut the rest of the dense stands with further spraying of isolated plants and small patches.

It is hoped that Colonsay will become a Rhododendron free island in the near future, the culmination of many years’ work with the community and farmers on the island. 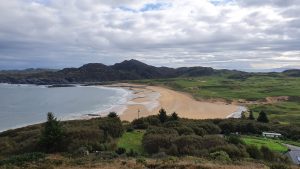 Specialist jute matting has been laid on the bottom of Lough Arrow to conserve valuable biodiversity and help local anglers reach the trout for which the lough is famous, without their engines and oars getting tangled in fast-growing dense mats of alien invasive Nuttall’s Waterweed (Elodea nuttallii).

Scientists from CANN partners, IT Sligo, and INVAS Biosecurity who are specialists in the control of alien invasive species, have come together to lay jute matting as a carpet on the bottom of Lough Arrow. This carpet of jute will block the light from the Elodea, but the native carpet of charophytes or stoneworts will be able to grow through its loose weave and flourish to provide feeding and breeding places for the trout and the insects they feed on.

“The weed kills the native freshwater reef of stoneworts which provide food and shelter for wildlife. There is also a very strong chance that weed caught in boat engines or equipment can transfer to other water bodies, Now the CANN project funded by the EU’s INTERREG VA Programme, through the Special EU Programmes Body (SEUPB) has allowed us to actively manage this invasive weed and help prevent it spreading” she continued

A trial was carried out on the lough two years ago and was so successful that a full 80m length mat, 20m wide has now been laid extending out from the main launch area to the deep clear Elodea-free fishing grounds. The weed clear path is marked with navigation markers to make it easy for the anglers to use. 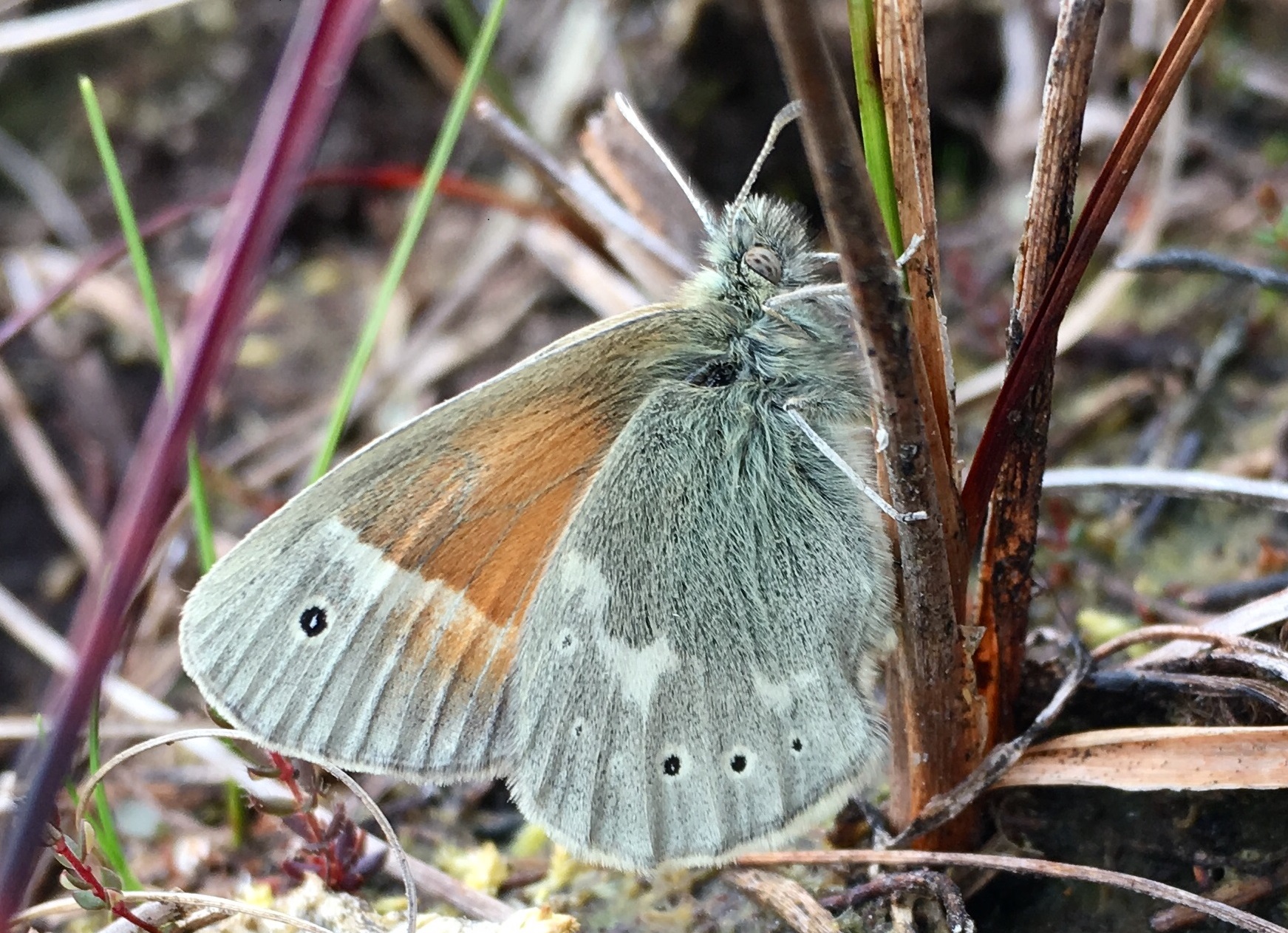 Just a week after a major clean up, an entire toilet was dumped at Curran Bog near Magherafelt, highlighting the ongoing problem with waste crime in Northern Ireland. The CANN team cleaning the site nicknamed this “the bog in the bog”. Curran Bog is one of the most important raised bogs in the UK and is an important site for the large heath butterfly.

“Among the usual threats to Curran Bog, such as drainage and scrub invasion, the owners told us of years of fly-tipping, particularly along the Clooney Road boundary,” said Dr Trish Fox, from Ulster Wildlife.

“Curran Gun Club, which leases part of the site, has removed huge amounts of waste including six cars over the years! In June our contractors did a major clean-up along Clooney Road, removing dozens of tyres, hard-fill, oil drums, furniture and even what they reckon was equipment for growing cannabis.

“Unfortunately, within a week, the fly-tippers were back, and a toilet was dumped at the site. We have now put up cameras to monitor the roadside and will be forwarding any footage showing illegal dumping to the Northern Ireland Environment Agency.

“As well as large pieces of individual rubbish, there are lots of single items which people are clearly throwing out their vehicle windows. It is sad when people see the environment in general, and this very special site, as a bin for their use.”

Fly-tipping is a recognised threat to all peatland habitats like Curran and to the environment in general. “The CANN project has allowed us to actively restore this bog and many others but we are battling against these beautiful areas being treated as tips. It makes no sense to dump your bog in the bog and risk a fine when you could just as easily take it to Mid Ulster’s main recycling centre in Magherafelt for free,” said Dr Fox. 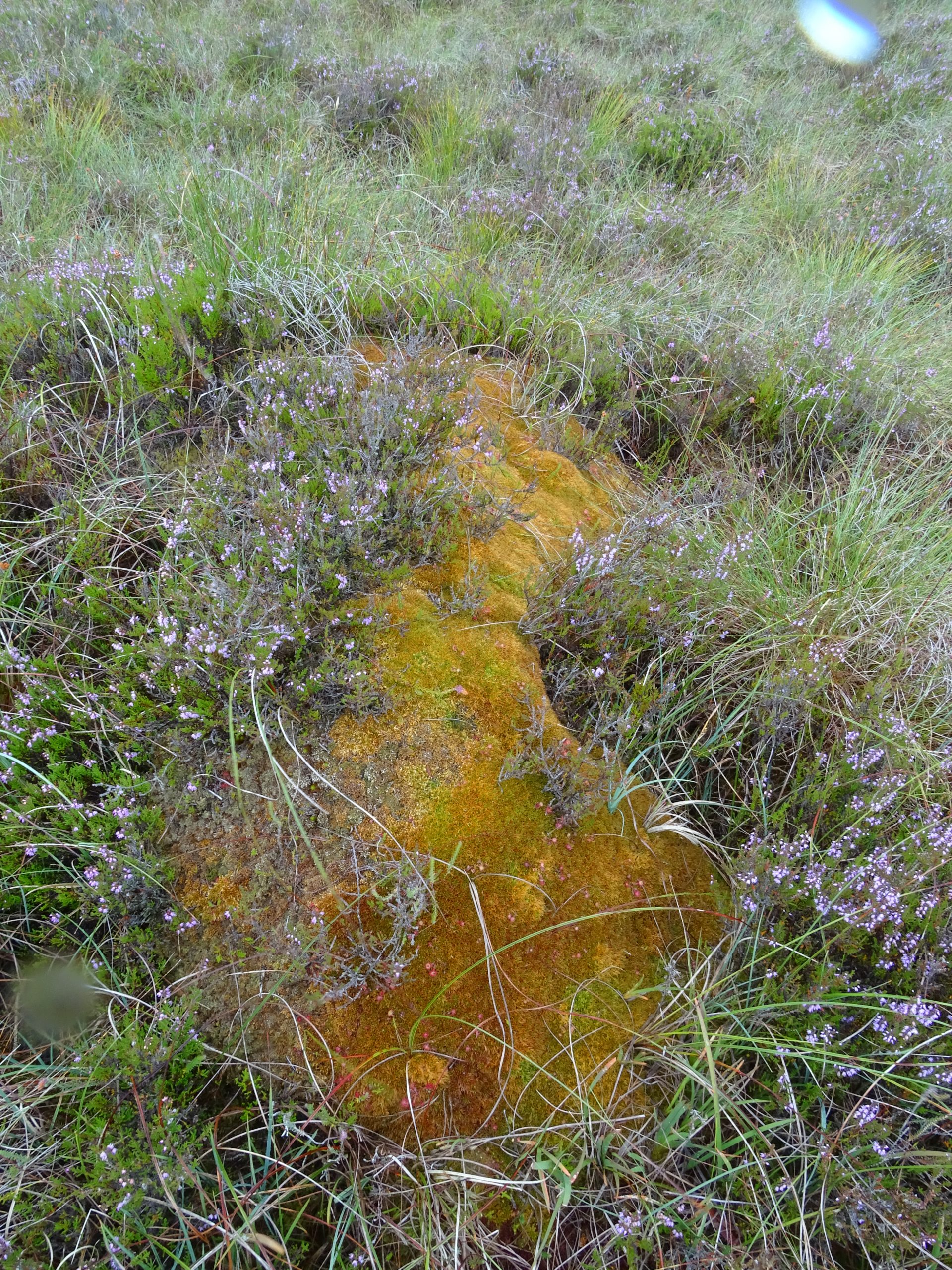 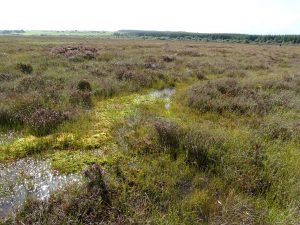