The CANN project will focus on the conservation and restoration of seven habitats type which are protected as Special Areas of Conservation (SACs) under the EU Habitats Directive. These habitats are identified as being important in ensuring the survival of at risk plants and wildlife, and for promoting and sustaining biodiversity from a local to an international scale.

They are typically very rich fens furnished with highly specialised and restricted species, with brown moss carpets and herbaceous plants. Alkaline fens are considerably varied between sites for a number of reasons including the neighbouring habitats, altitude, and local landforms. These habitats have undergone serious decline in recent years and are gravely endangered, and within the EU the UK is home to a large proportion of these. 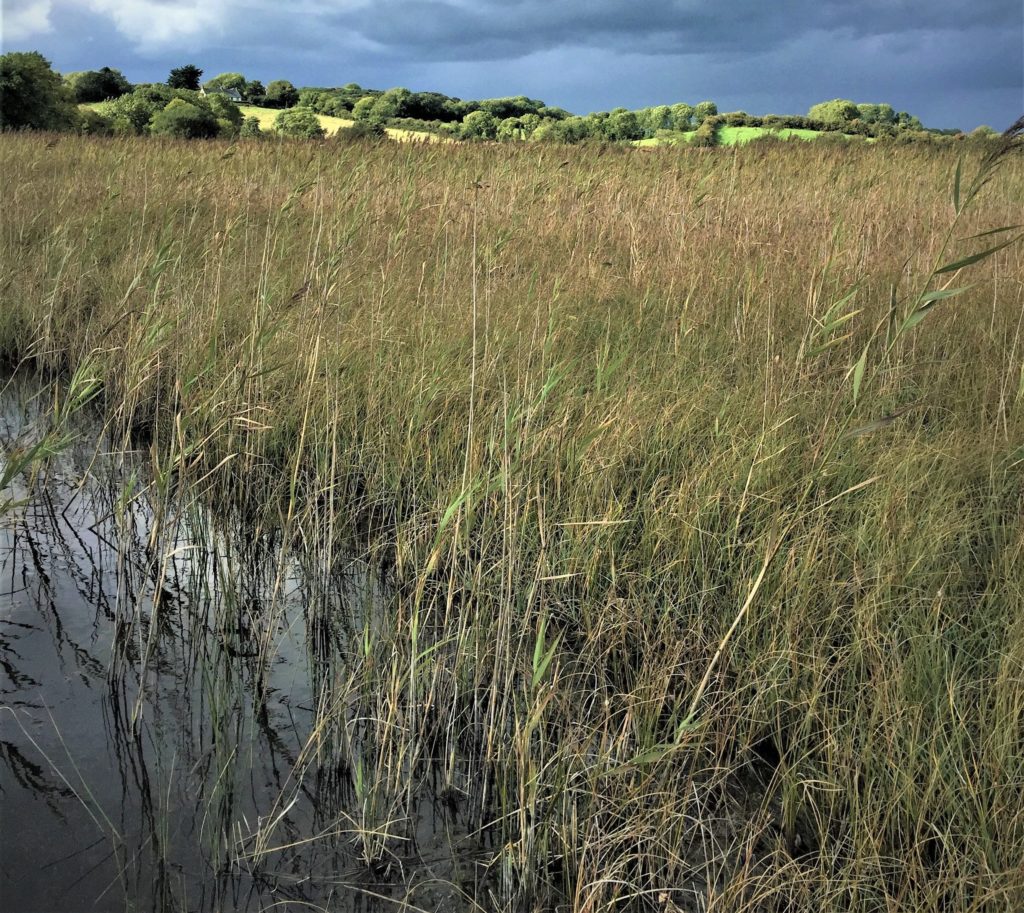 Blanket bogs are internationally important peatland habitats which dominate the much of the upland area in the UK and Ireland, although they can occur down to sea-level in some parts of Scotland.

Fed only by rainwater these habitats are permanently waterlogged, and have a limited range of highly adapted species which can thrive there; species such as the bog building Sphagnum mosses which play a key role in peat formation. They support a range of diverse and significant wildlife including dragonflies, butterflies, moths, breeding waders and bird predators. 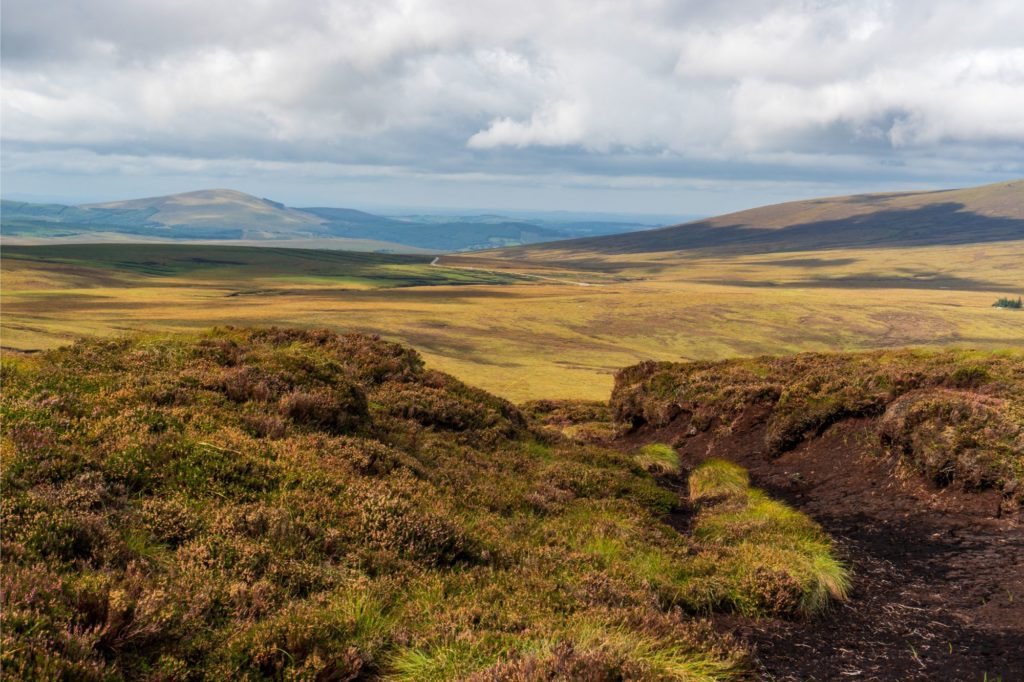 Active raised bogs are characterised by their domed shape and get all the water they need solely from rainfall. A healthy, undrained active raised bog will be a peat forming ecosystem, with many different peat-building species such as Sphagnum moss, heather, cotton-grass and sundews (which eat insects).

Active raised bog is widespread but unequally distributed in the UK and Ireland, with notable concentrations in central Scotland and Northern Ireland. Many have been damaged by drainage, peat extraction, and afforestation. As a result the habitat is at risk of disappearing. 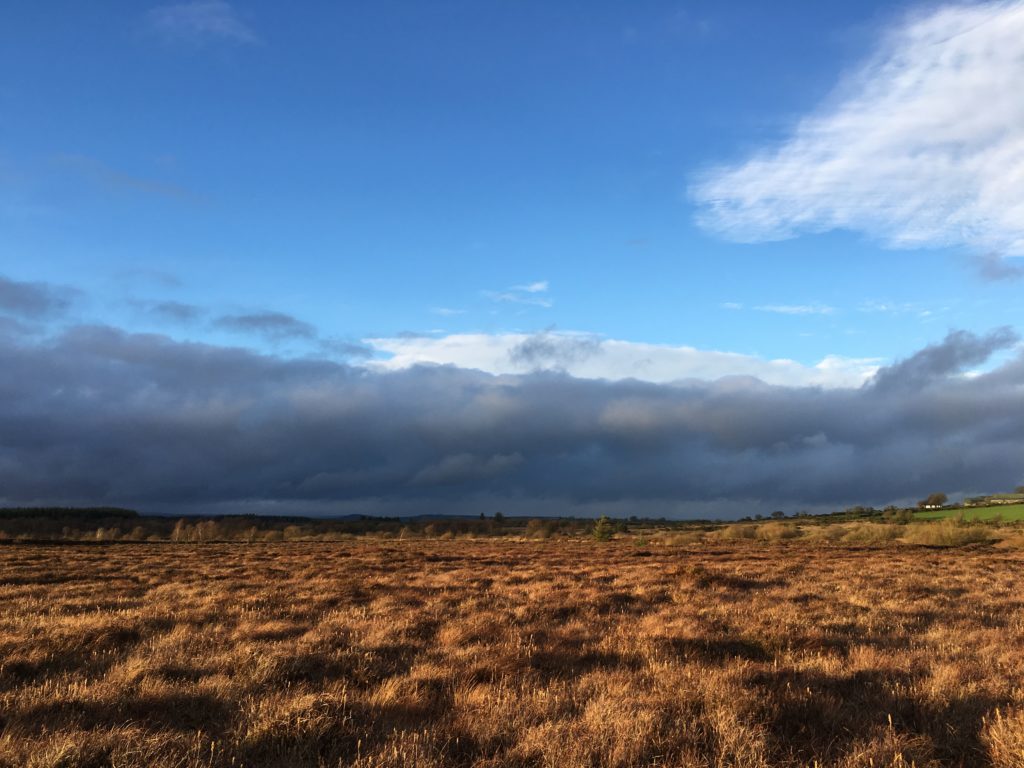 Marl lakes are freshwater lakes and loughs that are rich in dissolved alkalines; normally calcium but sometimes magnesium.

Typically low in nutrients and unpolluted, they have very blue-green clear waters with lake bottoms covered in carpets of stoneworts and algaes. Marl lakes represent a rare habitat type in the UK and Ireland, as they are normally confined to areas with an underlying limestone rock layer. Limestone as a calcareous rock is naturally free draining and as such waterbodies occurring on the surface are uncommon.  They can also occur in abandoned quarries and dammed river valleys. 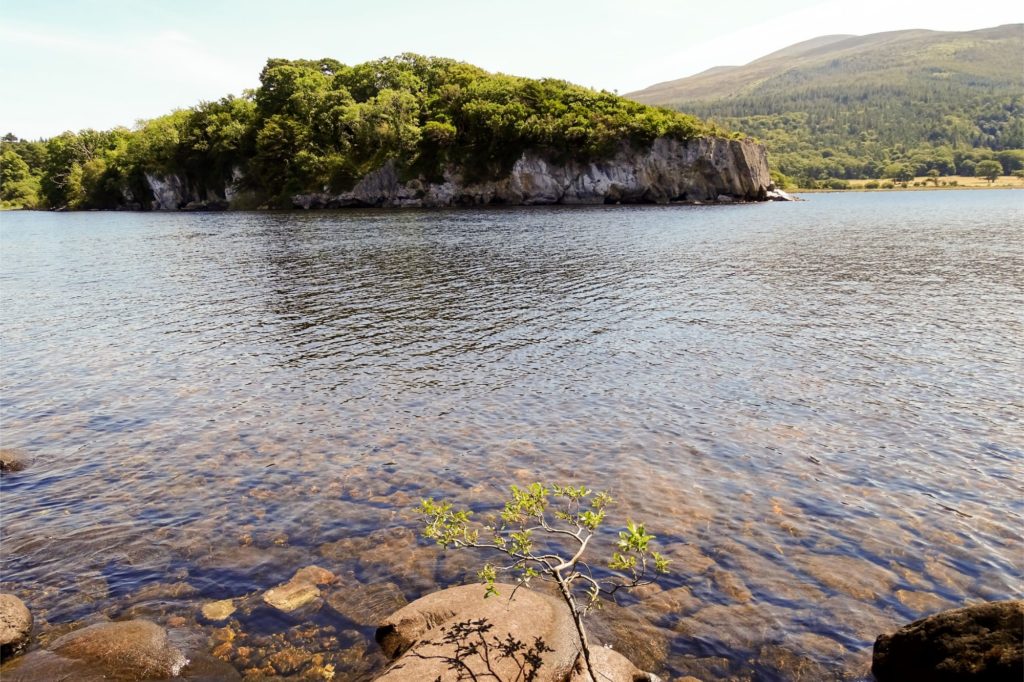 With underlying layers of non-acidic peat, calcareous fens are a distinctive wetland habitat.

They need a supply of oxygen-poor cool water which is rich in calcium (or occasionally magnesium) bicarbonates. As a calcium rich environment it supports calcium loving species such as the great fen sedge. They are rare, with a very local and scattered range in the UK and Ireland. 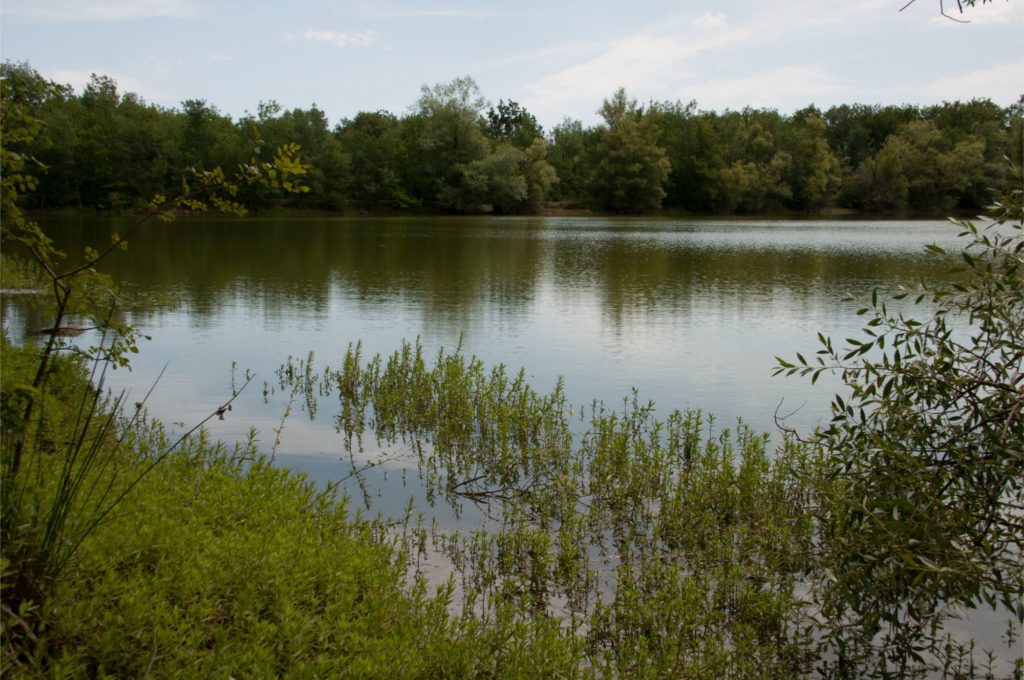 Transition mires are an “in-between” habitat, meaning they are a type of ecological intermediate between acid bog and alkaline fen. They receive both rainwater and groundwater, meaning that these mires have a range of plants and insects typically found in both bogs and fens.

These habitats are very restricted, and the ecology of each mire can vary greatly depending on the local environmental conditions. Whilst transition mires have a widespread distribution in the UK and Ireland, many have been lost over the years as land was drained. 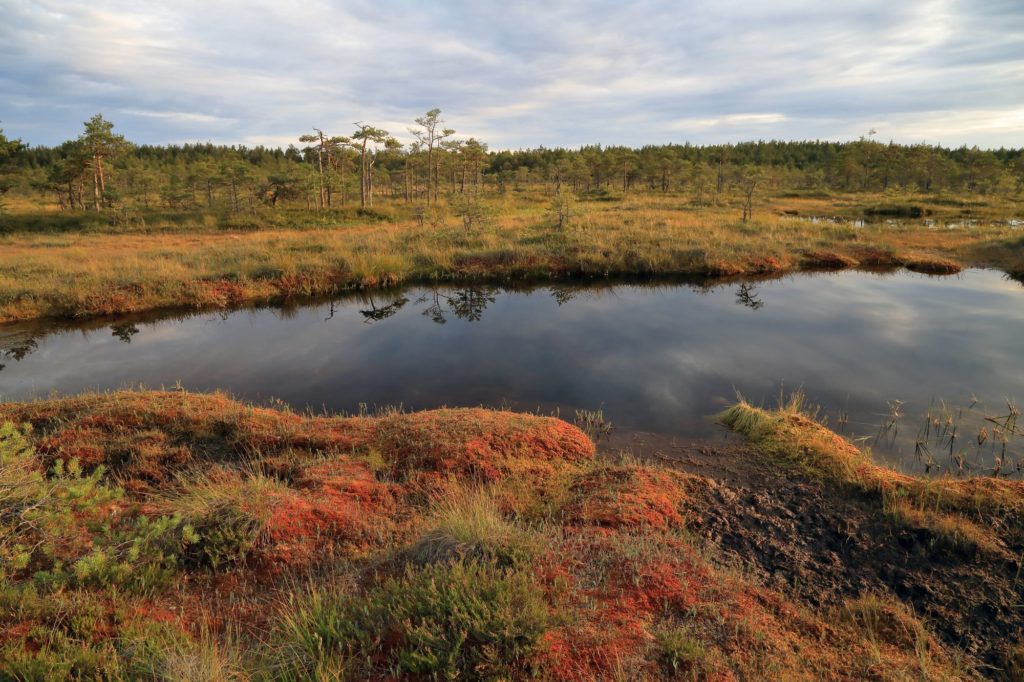 Quaking bogs are very rare in the UK and Ireland. They form when bog mosses (e.g. sphagnum) grow and knit together, forming “mats” across the surface of acidic pools.

Over time organic matter accumulates around and under the “mat” causing the mat to become thicker, steadier and more buoyant, whilst mosses and other vegetation establish on the surface of the mat. This lends itself to becoming a very unstable ground surface. Depending on how thick and woven the mat of sphagnum is, walking on a quaking bog could result in wet feet, and could be dangerous as the underlying pools can be extremely deep. Non-floating bogs might also “quake”, if the peat is thick and conditions are very waterlogged. 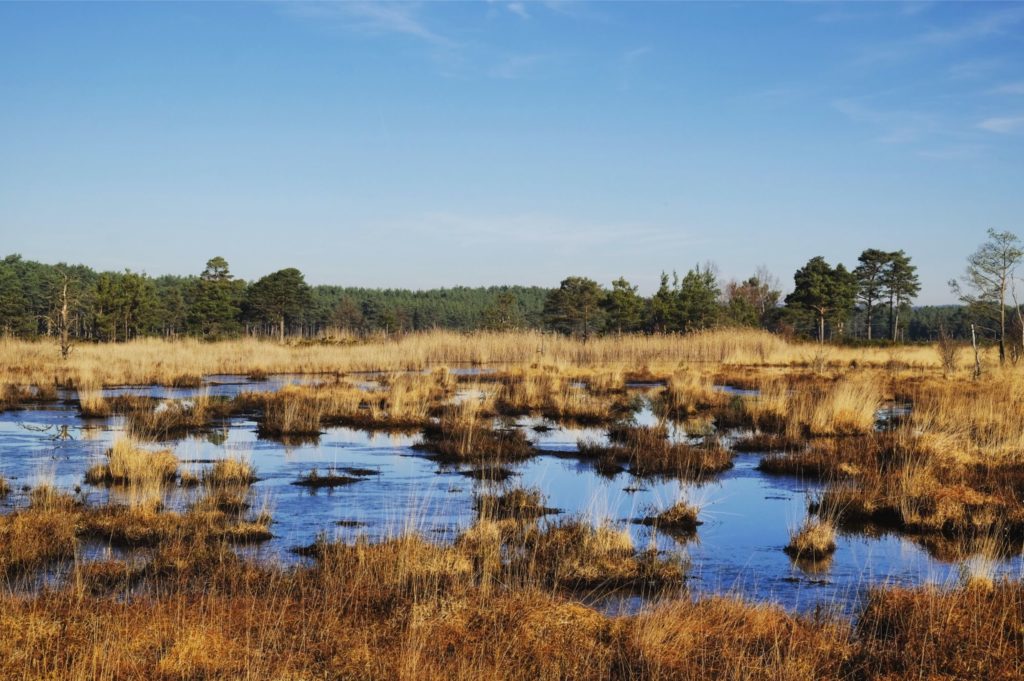