Our protected habitats are coming increasingly under threat. Europe as a continent has the highest levels of peatland decline, with most EU countries having lost between 50% and 99% of their original peatland area. Marl lakes are already considered an uncommon freshwater ecosystem across much of Europe, and the majority of marl lakes found in the UK and Ireland are found in agricultural areas where they are particularly vulnerable to human impacts.

Artificial drainage of peatlands is one of the most common forms of human impact on our bogs. Generally drainage is carried out to allow for afforestation of the area or for agriculture. This practice has been commonplace in the UK and Ireland for centuries.

Drained bogs typically have significantly reduced or no native peatland plants or animals. As draining the bog makes it much drier, drainage changes the conditions required for native bog wildlife to thrive. These degraded environments also emit CO2 rather than sequestering it, and carry a much higher wildfire risk due to the drier conditions. 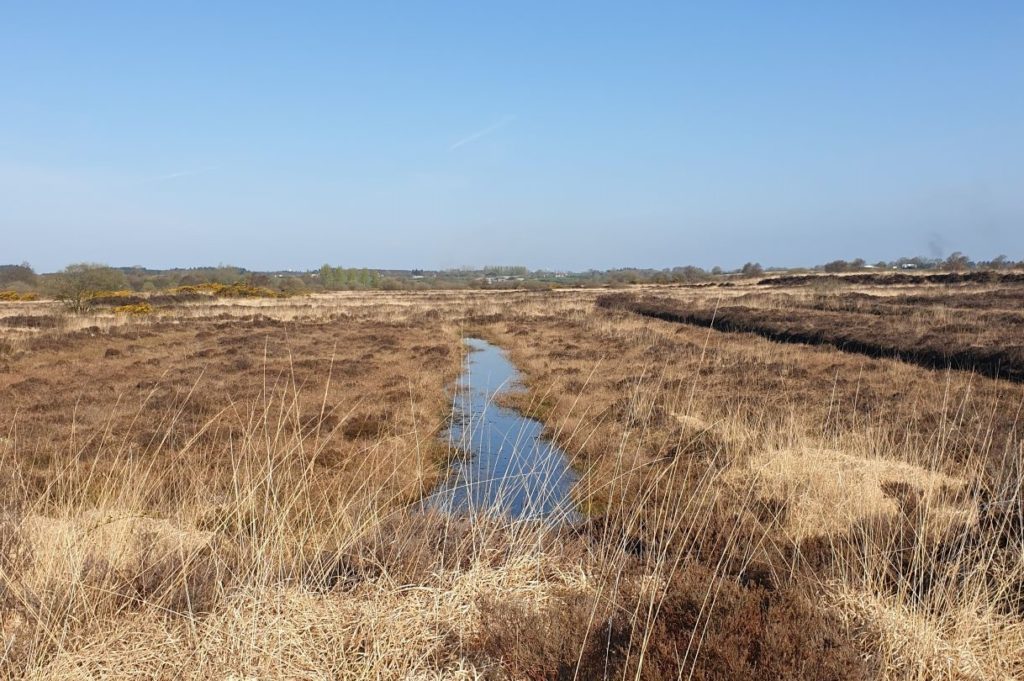 Invasive species are one of the leading threats to native wildlife and ecosystems in the UK and Ireland, and peatlands and freshwater lakes are not immune to their effects. Flora and fauna that are not native to the location where they are found, and are causing environmental harm, economic loss, or are threatening human health are considered to be invasive. They have a tendency to spread and establish quickly, outcompeting native species, and are typically very difficult to get rid of.

Invasive species are more likely to take hold on a degraded peatland. Rhododendron and self-seeding conifers are two species which threaten native peatlands: rhododendron blocks the light and excludes native bog vegetation through competing for space, whilst self-seeding conifers dry out the bog surface and change the soil conditions to favour woodland succession. 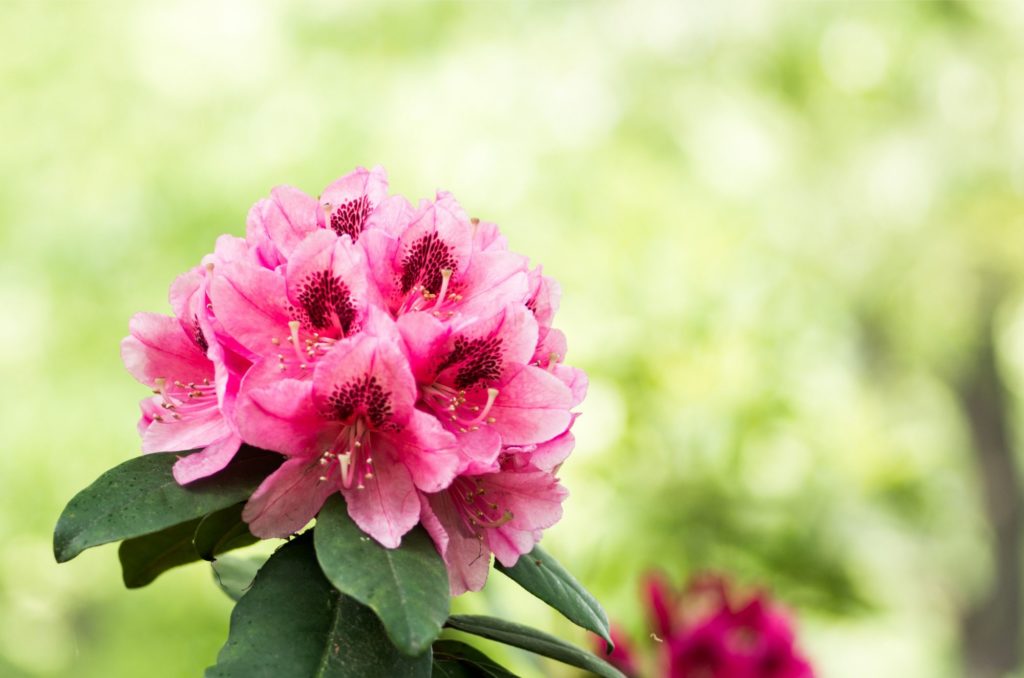 The extraction or removal of peat from bogs for commercial use, primarily for fuel and horticultural reasons, is hugely damaging. Commercial extraction is the reason behind much of the peatland loss in the UK and Ireland.

Large-scale extraction results in a direct loss of peat and unique bog vegetation. This is turn leads to negative impacts on carbon storage and biodiversity. It also increases the risk of flooding and pollution in nearby water channels through increased erosion and sedimentation. 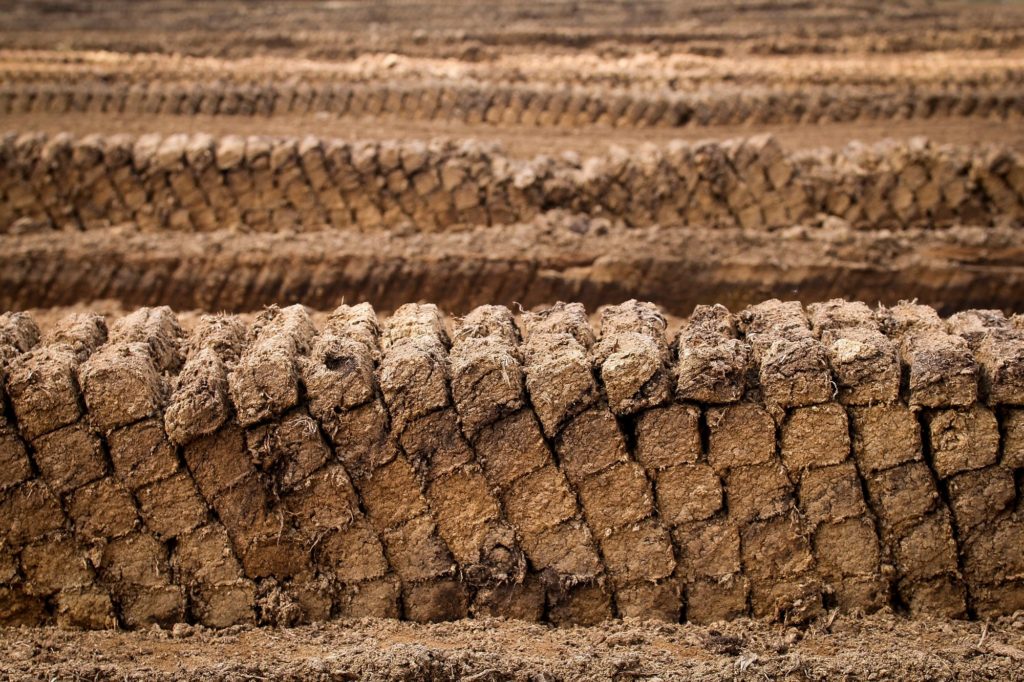 Peatlands and freshwater lakes are often located in a mosaic of agricultural land, and are subject to runoff from these farmed lands. This means that any fertilisers, slurries, pesticides or limes which are applied to agricultural fields may end up in the bogs/lakes nearby, changing the sensitive nutrient balance of these ecosystems.

Excess nutrients will impact upon the very characteristics of a marl lake, and may include excessive growth of plants and algae, changes in the lake bed vegetation and invertebrate communities, as well as having adverse impacts on the water quality for recreation purposes. Excessive nutrients in a peatland system will alter the nutrient balance and system productivity, changing the plant composition of the habitat and impacting upon the fauna which rely on it. 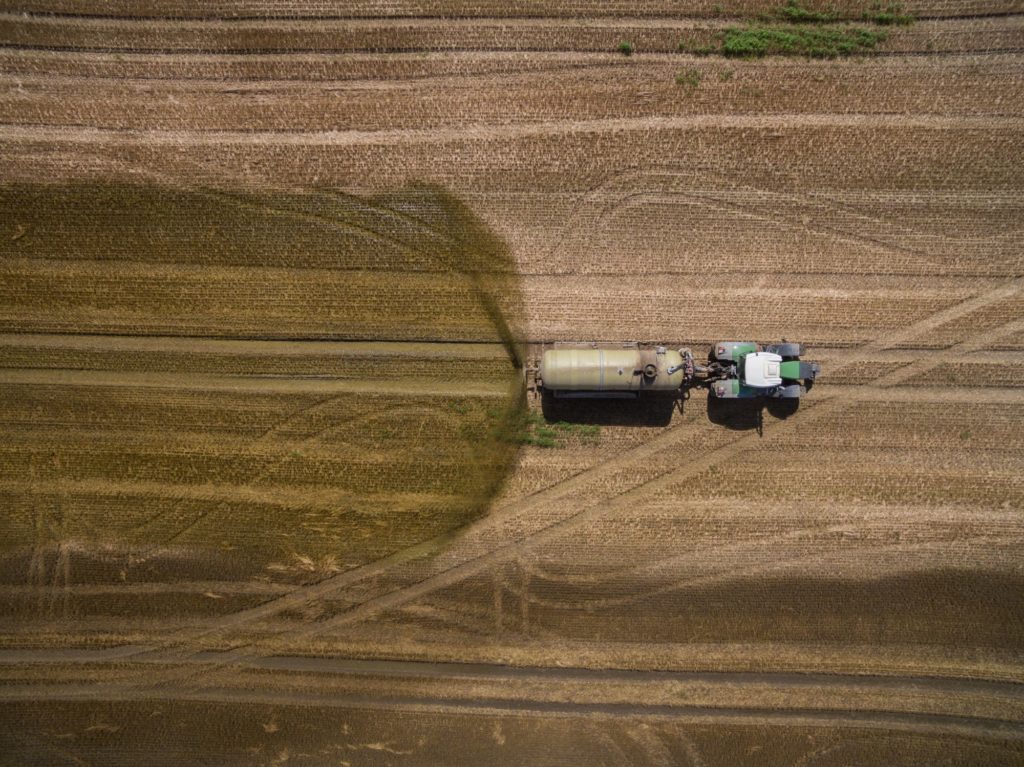 Browsing, grazing and trampling caused by native wild animals crossing over a bog is a natural component of the peatland environment. However, many of our peatlands are actively farmed, and too much grazing by livestock such as sheep, cattle and deer can be unsustainable. Conversely, where areas are abandoned, too little grazing can also be a problem.

Trampling pressure physically damages the surface of the bog and its vegetation, whilst creating tracks which become channels for erosion. Peatlands often do not produce enough vegetation for the feeding requirements of large herbivores. Therefore, overgrazing results in a loss of peat forming vegetation, which leads to the drying out of the bog surface. 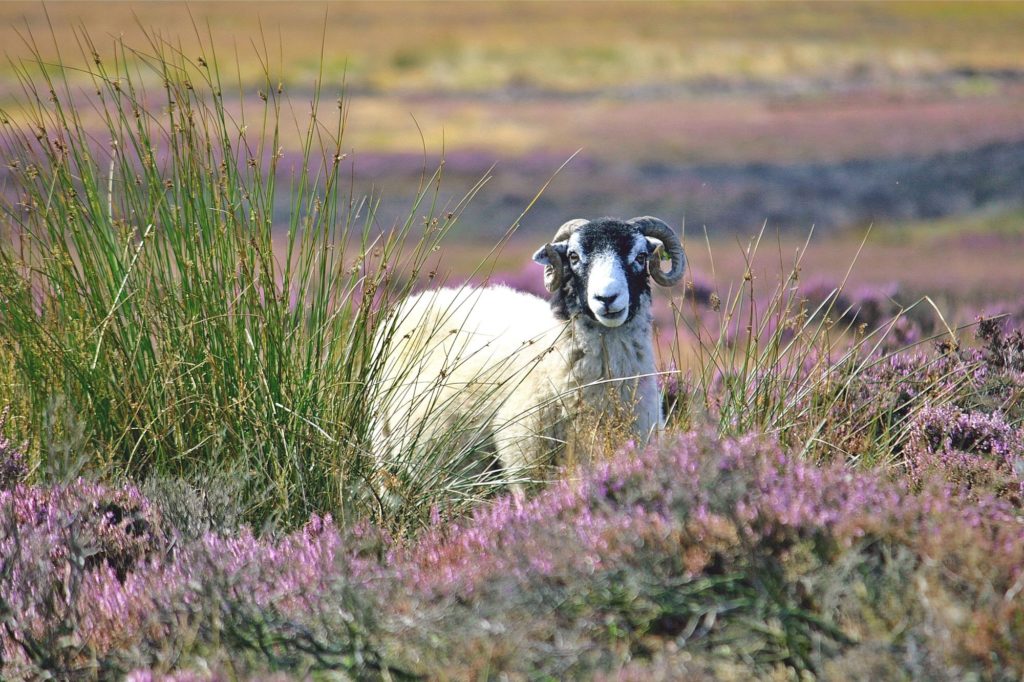 Degraded peatlands are at a much higher risk of wildfire than a healthy peatland, as degraded peatlands are much more likely to have dry, woody vegetation and parched soils. The dry vegetation and peat ignite very easily, and can burn for days to weeks. Peat wildfires can smoulder underground and re-emerge on the surface, far away from the original source, making peat wildfires difficult to fight and contain. 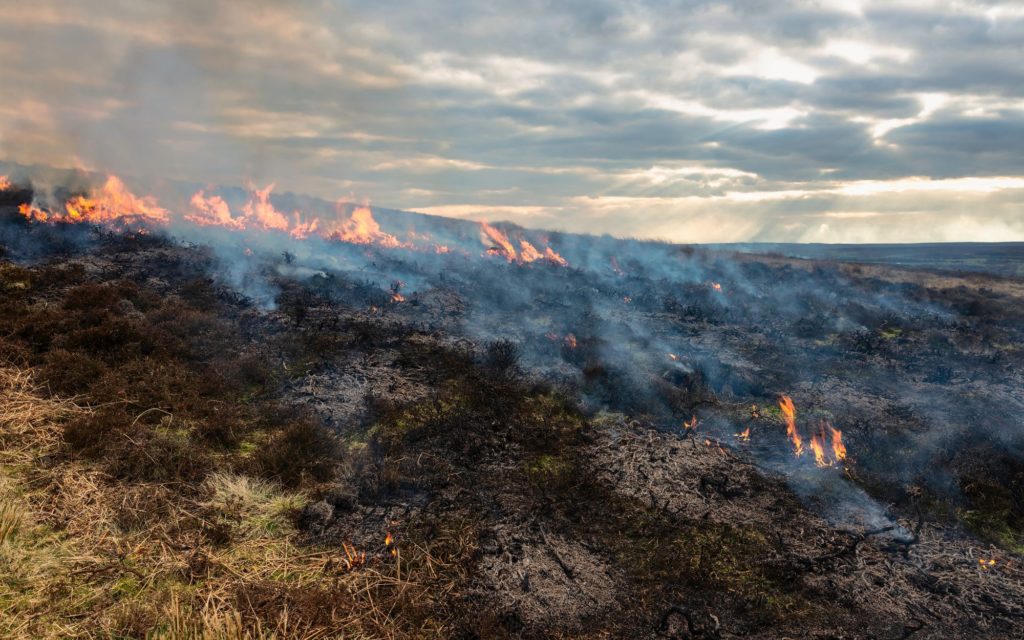 Peatland wildfires endanger property and human life, often carrying significant economic costs associated with the direct costs of fire-fighting, the loss of income from the land after the event, and the cost of any recovery or restoration process. Wildfires also have direct negative impacts on bog vegetation and wildlife, and the scorched bare soils are much more susceptible to wind and water erosion; both of which contribute to further deterioration of the peatland.

Peatlands are often located in remote areas, and as a result can be prone to illegal dumping due to their isolated nature, the presence of access roads which used to facilitate peat cutting, and the public perception that peatlands are wastelands with no use. This dumping can pollute the bog, leading to bog degradation and the problems associated with this such as invasive species, drying out, wildfire etc. 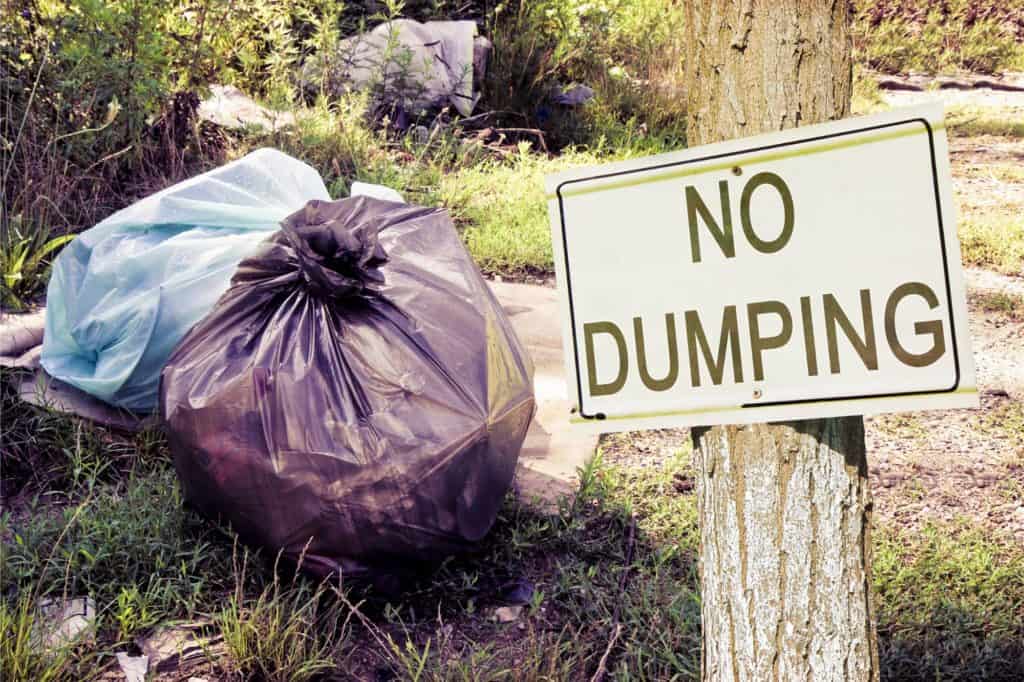 The environments in which peatlands are found can also be naturally scenic, and as a result may attract recreational visitors. The effects of trampling by visitors to a peatland bear a resemblance to the impacts of overgrazing. The repeated footfall damages the surface of the bog and its vegetation, reducing the bog’s peat forming abilities, and creating tracks which become channels for erosion.