The Rinns of Islay lie on the western peninsula of the island of Islay, off the west coast of Scotland. Extending from Ardnave in the north to Portnahaven in the south, the western shores of “the Rinns” are exposed to the Atlantic Ocean.  It is a large site which consists of a mosaic of natural and semi-natural habitats, including dune and maritime grasslands, vegetated sea cliffs, woodland, scrub, wetlands, dry heath, peatland and moorland.  These habitats are interspersed with agricultural land, and much of the natural vegetation is used as rough grazing for sheep and cattle. This diverse mix of habitats is what makes the Rinns of Islay so important for the species it supports.

The Rinns contain nationally and internationally important areas of blanket bog, and as such there are many environmental designations including a Special Area of Conservation (SAC), Special Protection Area (SPA), Site of Special Scientific Interest (SSSI) and a Ramsar site.

This site supports one of the largest known Marsh fritillary populations in the UK, and is well known as a high quality area for the species. Other notable species which rely on this site include the bird species Common scoter, Hen harrier, Greenland white-fronted goose and Whooper swan. 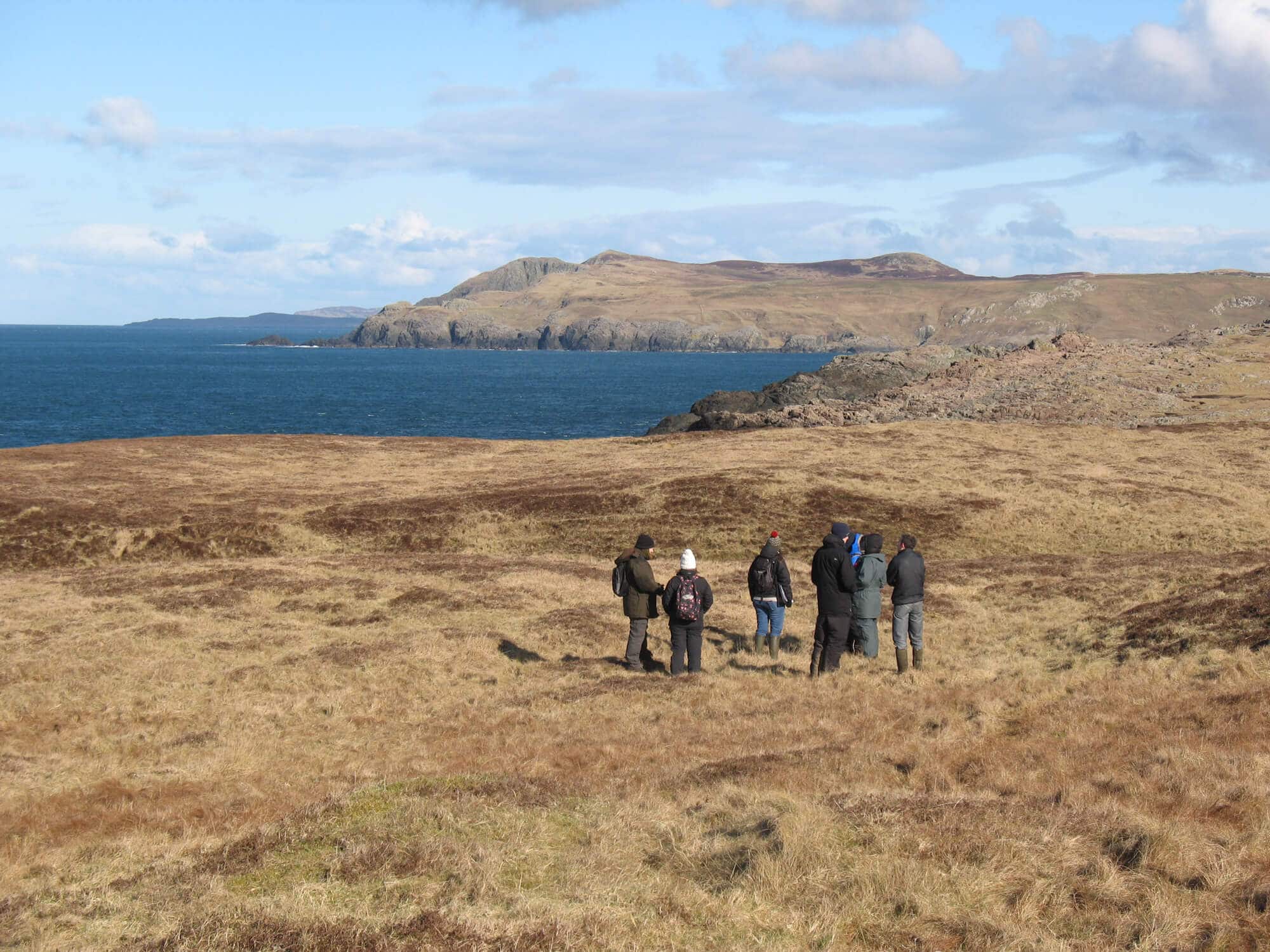 Over the lifespan of the project, the CANN team will be working on producing a Conservation Action Plan for the Rinns of Islay, which will be used to guide the site towards a favourable conservation status. On the ground CANN conservation actions will focus on the removal and eradication of Rhododendron, a highly invasive species which can spread very quickly and threatens the natural habitat by excluding the native bogland flora through competing for space. The CANN team will also be working with local stakeholders to assess herbivore impacts on areas of peatland.

The Greenland white-fronted goose is in decline, and holds a high level of conservation concern. Smaller than a swan but bigger than a mallard, the geese winter exclusively in the UK and Ireland. They traditionally feed on bogland habitats, but have increasingly been using intensively managed grasslands as a food source.
Rinns of Islay, Isle of Islay