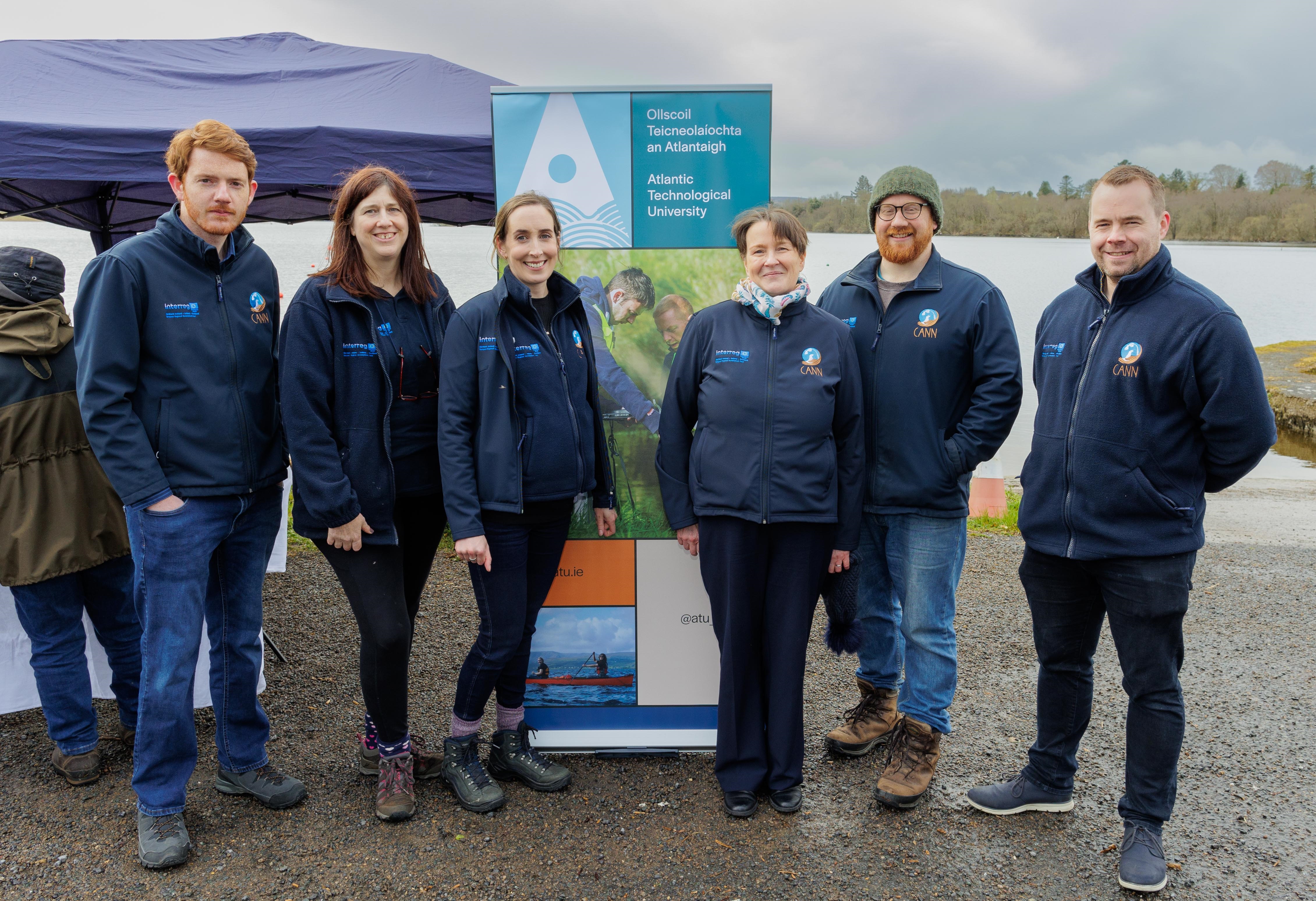 A fascinated audience of anglers, conservationists and academics met on the shores of Lough Arrow,  recently and in the sunshine between hail flurries celebrated the conservation successes on Lough Arrow, Co. Sligo and learned about future plans for the site. The event showcased the work of the newly incorporated Atlantic Technological University (formerly IT Sligo) in an innovative trial of techniques to control and prevent the further spread of the alien invasive plant Elodea Nuttallii (Nuttal’s pondweed). This weed has been having devastating effects on the unique biodiversity of stoneworts on the lake and the brown trout fishery that depends on them.

The event included a practical demonstration from Dr Joe Caffrey of INVAS Biosecurity of how the invasive weed is ideally evolved to spread within the lake and how easy it is for fragments of the plant to infect neighbouring water bodies through the equipment and boats of lake users.

Although it may be that the weed can never be eradicated due to practicalities and cost, the idea of using jute matting to suppress the weed in biosecure channels has long term potential. This means that people can safely access the deep weed-free waters to fish, swim, and boat without breaking weeds, preventing spread within or out of the Lough.

Scientists from The Atlantic Technological University were pleased to announce that the Nuttall’s weed has been entirely suppressed under the matting and, even more importantly, the charophytes or stoneworts that are such an essential part of the lifecycles of the lake are successfully growing through the jute.

An announcement was also made at the event that the Lough is due to be central within the next stage of the River Basin Management Plans, and so work and research will continue on the Lough, carrying CANN’s legacy into the future.