Found in the Moffat Hills of the Southern Uplands of Scotland, the Moffat Hills Special Area of Conservation encompasses a range of upland habitats. This landscape is striking and is popular with hikers and outdoors enthusiasts alike. Sir Walter Scott also loved this landscape, and wrote about it in his famous poem Marmion.

Loch Skeen falls within the boundaries of this SAC, and is the only high altitude oligotrophic loch in the area. The Grey Mare’s Tail Waterfalls fall 60m downhill from Loch Skeen, making it one of the highest waterfalls in the UK.

Moffat Hills SAC encompasses a range of upland habitats, such as alpine and boreal heaths and grasslands, blanket bogs, scree and rocky slopes, and inland water bodies. It has the richest assemblage of montane and sub-montane plant species in the Southern Uplands. The site has a wide range of upland plant communities, with species including Holly fern, Purple saxifrage, Downy willow and Alpine saw-wort. A number of rare hawkweeds also occur on the site, some of them endemic to the area. Ospreys, Ring ouzels and nesting Peregrine falcons can also occasionally be spotted in this area. 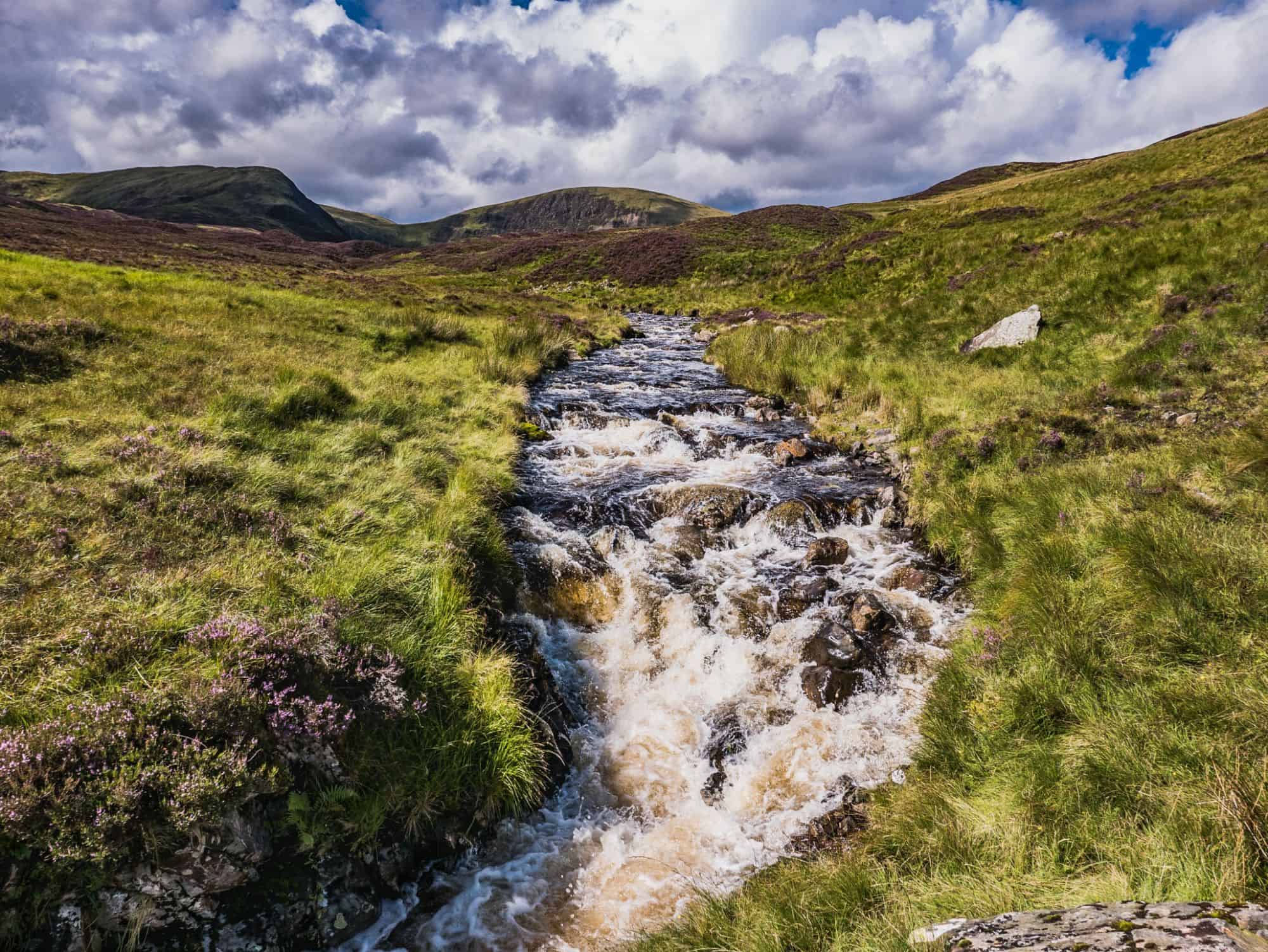 Over the lifespan of the project, the CANN team will be working on producing a Conservation Action Plan for Moffat Hills SAC, and generating an up-to-date habitat map for the site. These documents will both be used to inform conservation decisions and management strategies, with an overall aim to guide the site towards a favourable conservation status.

A large and powerful falcon, the Peregrine is swift and agile in flight, allowing it to deftly chase its prey. Numbers of the Peregrine falcon hit a low in the 1960s as they were persecuted by humans and the effects of pesticides in the food chain impacted population numbers heavily. Since then legislation and protection measures have allowed the bird numbers to recover, although they are still illegally killed to prevent them preying on racing Pigeons and game birds. Peregrines require extensive amounts of open space to facilitate their hunting, but prefer areas such as cliff-ledges, crays, sea-cliffs or even tall buildings for nesting. They feed mainly on other birds that it catches whilst in flight using a high-speed stoop. Peregrines can be found in southern Scotland all year round.
55.408292, -3.333325