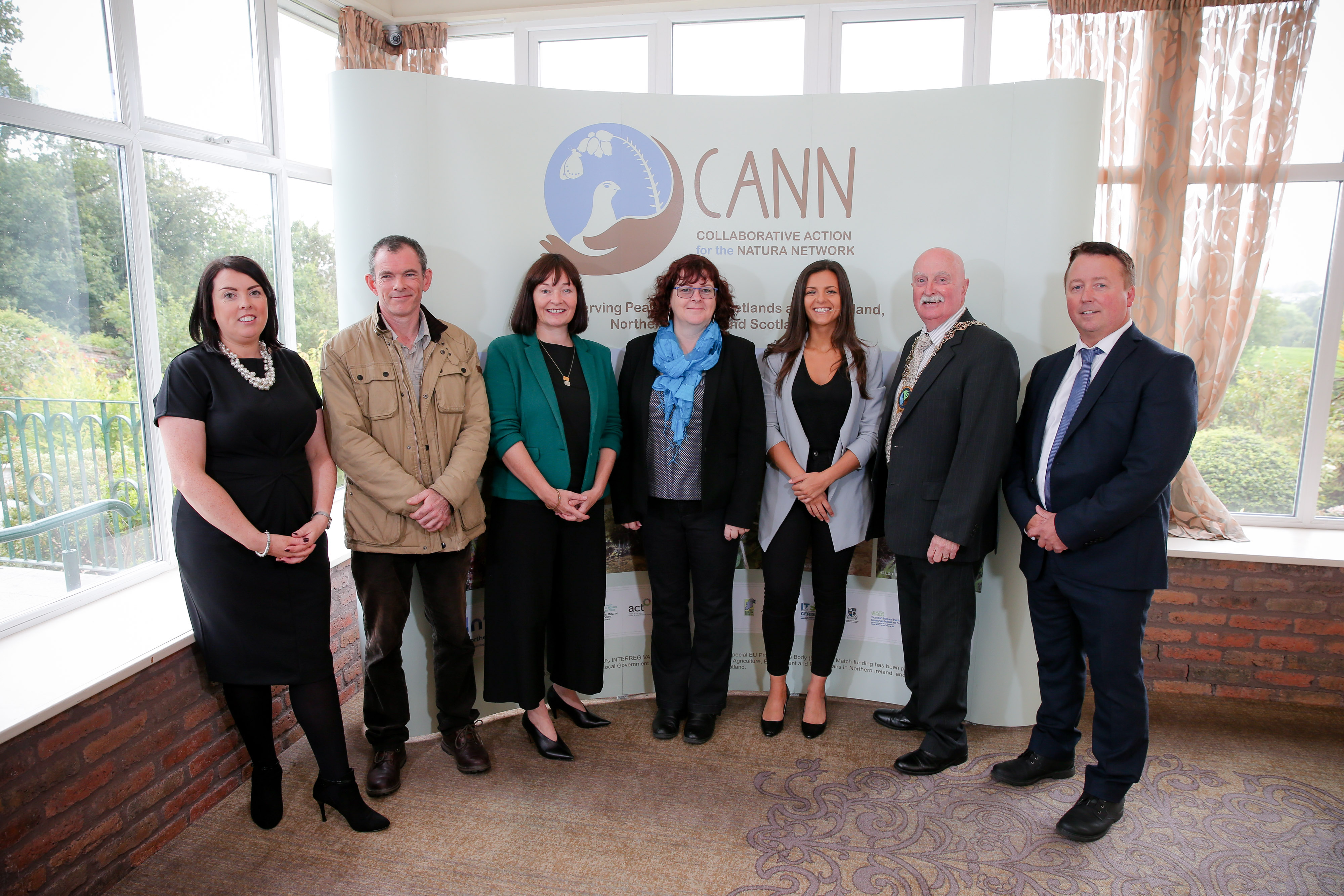 The ‘Delivering CANN’ conference took place on Wednesday 11th September in the idyllic setting of Corick House Hotel and Spa. Overlooking the beautiful Tyrone countryside, it was the perfect location for the mid-term event that celebrated the conservation work taking place throughout the Collaborative Action for the Nature Network (CANN) Project.

The ‘Delivering CANN’ conference was attended by project partners and governmental bodies to encourage collaborative thinking, learning and action. It celebrated the success of the project as it reaches the halfway point in delivery since it’s launch in 2017.

The event was opened by Councillor Charlie Casey, Chairperson of the lead partner, Newry, Mourne and Down District Council. He welcomed almost 100 attendees to hear from three keynote speakers including TV presenter and Wildlife Biologist Lizzie Daly. The host of the BBC Earth Unplugged YouTube channel travelled from her home in Cardiff, Miss Daly made a fascinating keynote speech that discussed higher-level environmental awareness and current environmental issues

Progress updates were heard from partnering organisations such as the Institute of Technology in Sligo, Monaghan County Council and Ulster Wildlife about the key successes and projected target of CANN. Those attending heard about the discovery of the rare Desmoulin’s whorl snail by a team of specialists who were carrying out field surveys as part of the project; typically less than 3mm in size, these molluscs are smaller than a new-born baby’s fingernail. This, among bird identification and foraging workshops as well as mapping projects and invasive species trials, were all part of the CANN project’s highlights.

Moors for the Future Partnership representative Chris Fry gave an in-depth talk about bog restoration and best practice for working in this vital habitat. The event’s proceedings were completed with a keynote address on the importance of good stakeholder engagement. Diana Pound from Dialogue Matters (runner up as UK Environmental Professional of the Year 2019) discussed the challenges and solutions of working collaboratively and used her learning to inspire and motivate those attending to continue working together across borders for environmental conservation and restoration.